The first time I noticed I had a dad with an otherworldly sense of humor is when i went with him on a bunny hunt. It was 1976.

I was in cub scouts in those days and he had built a huge antenna in the backyard to transmit and tune in frequencies. He was a hammy ham operator! I built a tree-house up in it, like a deranged squirrel.

A bunny hunt is a game ham radio operators play, and the whole county is their game board. One person hides in their stationary vehicle anywhere in the city and broadcasts for 1 minute every 5 minutes, and everyone else must find them. They triangulate the position of the bunny, using giant antennas strapped to their cars. I think it was some kind of emergency preparedness practice, before the days of Geo-caching. (Ham operators also call it a fox hunt)
The goal: Triangulate the transmitter position!
Here is the tower of babbling. 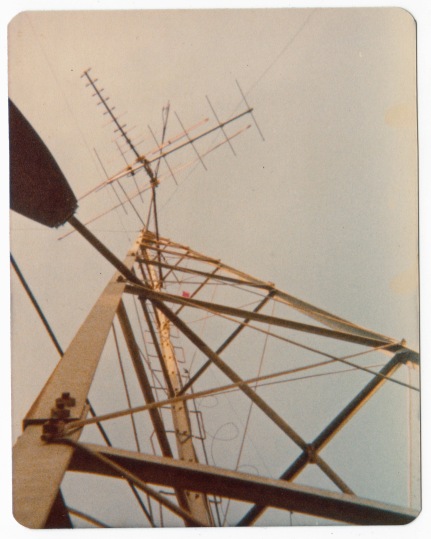 Dad was quiet most of the time, so it was funny watching him build huge illegal contraptions on the roof of his car. he usually located the bunny first and got to be the bunny the next week. He was not content to broadcast in a parking lot or alley. 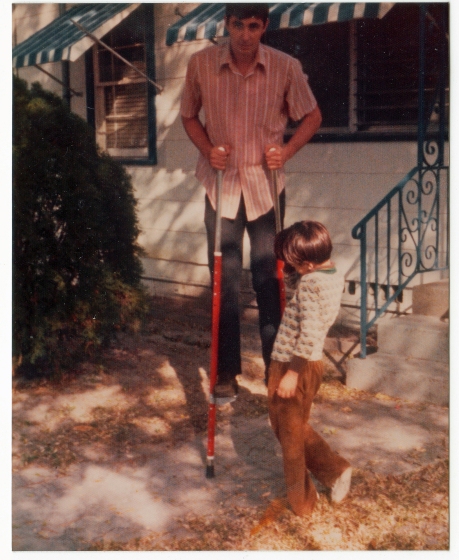 His most memorable stunt was dressing up as a elderly black man in a wheelchair, and secretly broadcasting under the blanket. all the hunters were unsure of how to approach him. I remember watching from the car, thinking -how elaborate- of a prank this was.

They said he was cheating being out of his car, but Dad pointed out a motorized wheelchair is a vehicle. So when they would stare blankly at him, he would cackle with delight.

He thought it was hilarious.

He was Hilarious, Larry for short.

When i got older and learned that this kind of behavior was considered erratic, i was very happy. I never wanted to be a normal person and it pleased me both ends to realize I had a nut in my family tree.

He liked to tinker, to find alternate bizarre ways of analyzing a situation. A different POV! And he liked to taking people along for the ride. It was a fun ride, and I am happy and proud to carry on the weird gene!

PS: He was pulled over and warned by a park ranger in the Lime Mines of Florida. He was driving on the bouncy railroad tracks, straddling one track. He was also chasing white tailed deer; off road, speeding through the trees. All this with a car full of cub scouts. 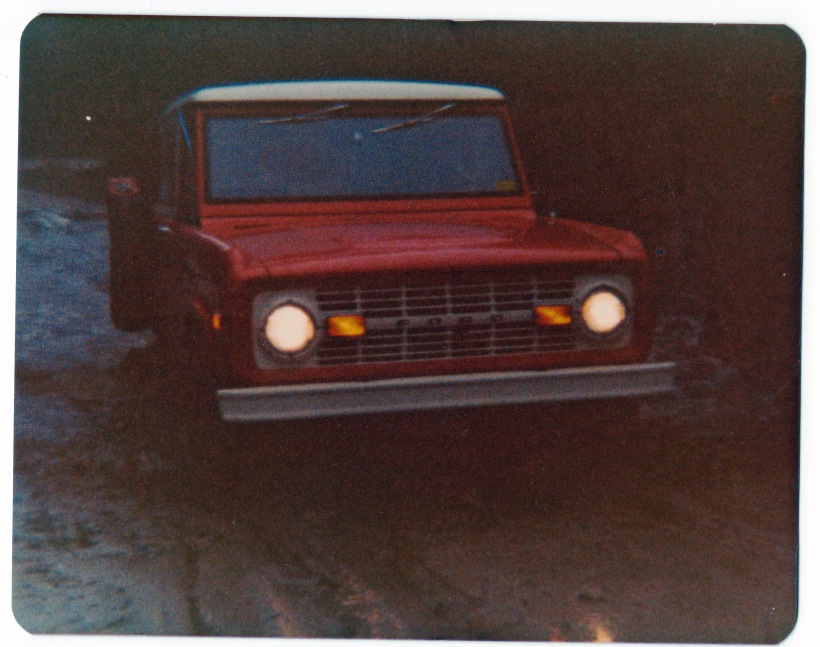