No, not the sensational, yellow-journalism of “Storm Stories,” Geez.
Remember when the Weather Channel used to report just the weather? I guess all that soothing music and monotone NPR kinda voice-overs were boring. They left their format in the dust.
Kinda like how MTV used to run music videos? Well I guess reality-type, over-exaggerated, TV dramas sell far better. Gotta feed the need. OMG.
Oh and I bet many small towns in America think Jim Cantore is the angel of death. 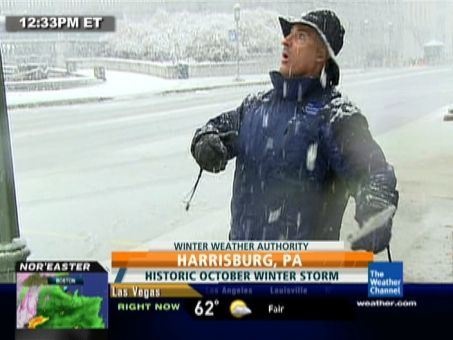 When I was a kid, Publix printed up hurricane tracker charts on the paper bags.
(ya’ll in the North, it’s pronounced “Pub Licks.”) We used them to track hurricanes in Cub Scouts, back when the National Hurricane Center used to report air pressure systems and fronts. You remember that– INFORMATION.
Before news went all kattywampus.
Flowing tears are used as a hook and I heard from the mouth of a TV reporter at KING 5: “If we don’t come back with video of someone crying, the segment producer gets snippy.” 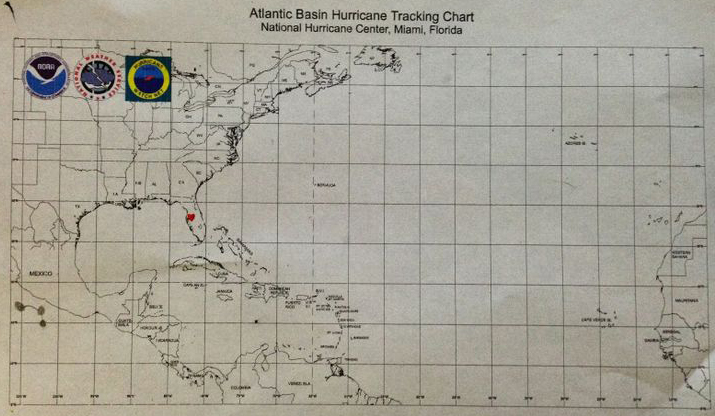 We had radio broadcasts and updates in fact form only. Not all the speculation and projected bla-bla-bla that sound bytes have become.

The 1967 season was the only year during the period in which a storm did not affect the states. That was the year little Charlie was born. (Hurricane Charley was later)

In the period between 1975 and 1999, Hurricanes Eloise, David, and Opal hit Florida and the gulf coast region as major hurricanes.

Andrew was in 1992. Homestead, FLA took it the hardest! (I refuse to recognize the acronym FL)
Also there was the Storm of the century in 1992, an unpredictable night storm that caught everyone off guard and created middle-of-the-night flooding in New Port Richey. (where we lived!) Opal struck Bama 1995. 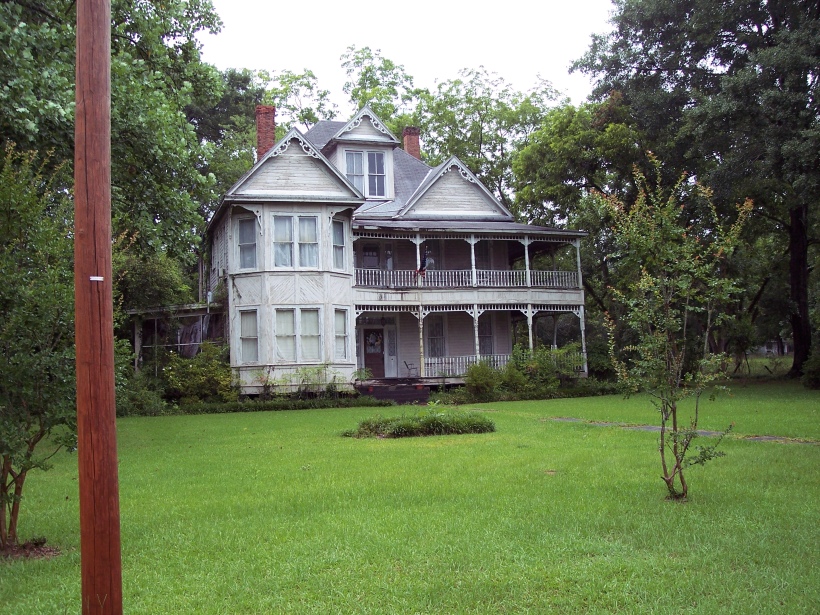 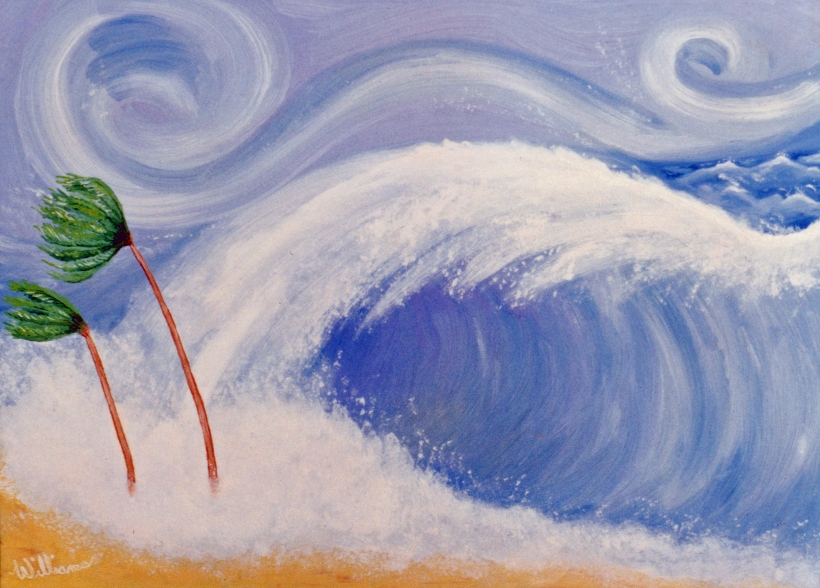 Charley hit FLA twice in 2004.
I did the same thing. Moved away to St Louis, then came back to do more damage.
Hey be careful what you name storms. (Like your pet names! Don’t name your cat “scratchy”)

Hurricane Elena, in August of 1985, moved into the gulf and then… just sat there
and kept us all high alert.
I was supposed to start my senior year at Prin in St Louis, but the entire gulf coast was on alert and flights were cancelled. We all waited for days as it sat churning, then moved one way, then doubled back. Some storm bands buffeted our house and I climbed a tree to feel the winds.
I also got to evacuate the house when they thought it was turning toward Florida.
I had 10 cats in the car.
Cats hate riding in a car -and hate water.
They experienced plenty of both and I experienced panicked scratches. (Scratchy!)
Picture a cat in the car while going thru a car wash! Well the storm didn’t hit us head one, it turned off and we got to go back home and I started school… late.

Hurricane Arlene was a popular hurricane name.
Kinda like Brittany for babies in the 90’s. 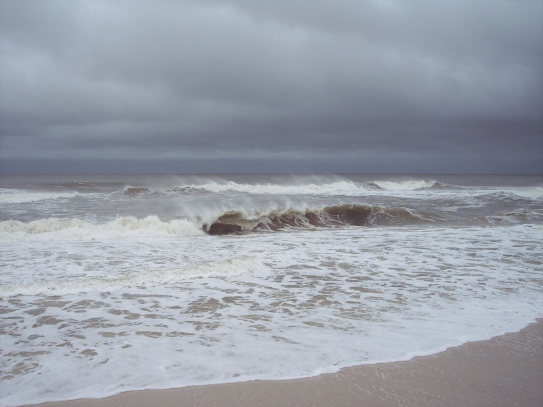 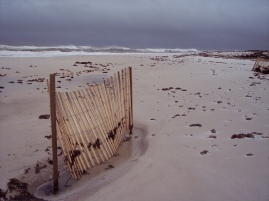 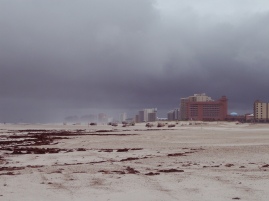 I was in bama for shows in 2005. That’s when the phantom storm brushed us. The shows went on, since nothing was really happening, all eyes watched the skies as clouds rushed by, I went to see the effects of the storm surge which was large waves splashing over the connector bridge. (on that road from Pensacola) I think I caught two waterspouts in my car as we watched the winds. I remember my car rocking! 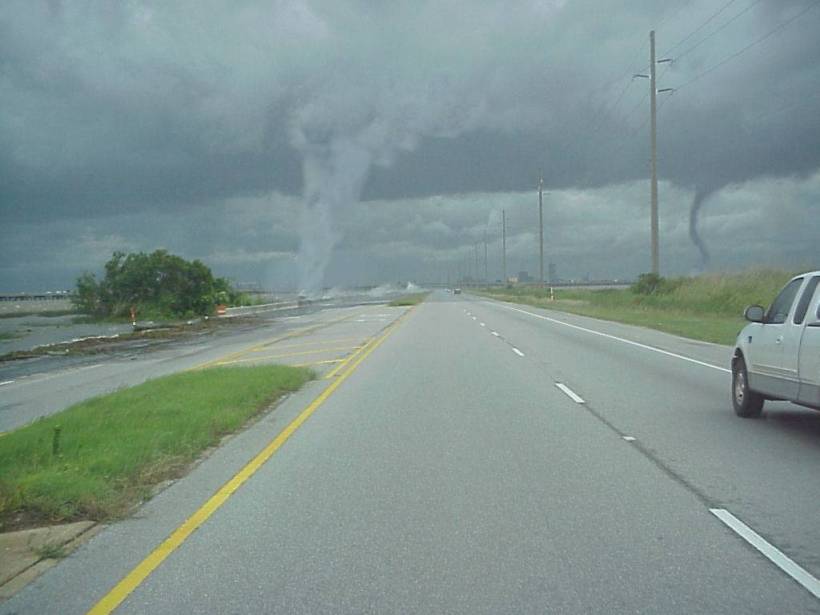 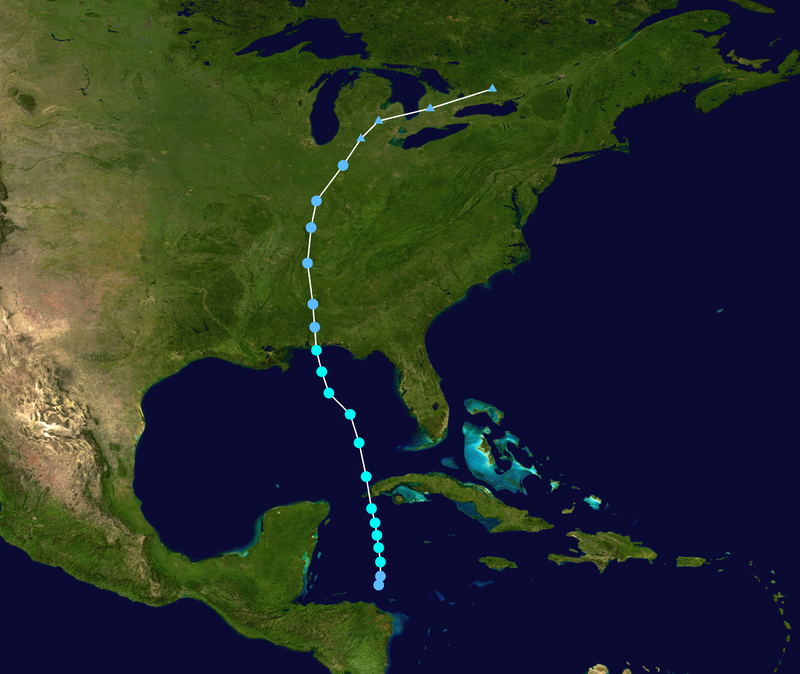 Most hurricanes start as a tropical wave. An angry zephyr.
The North South direction is like a tropical trough, and hurricanes usually gravitate towards a low air pressure cycle. You know…
The butterfly in Africa flapping it’s wings etc etc. bla bla bla.
High pressure is like a mountain, low pressure is like a skateboard park for clouds. Fronts act as walls and can make a hurricane reverse or turn quickly.
I learned that from experience as a kid, not from a hyper weatherman groping for ratings.
Contrary to what “the forecast model” says, storms are still relatively unpredictable.
Even the Farmer’s Almanac is wrong sometimes.

Nature seems to be the only system without an algorithm.
Haven’t’ we figured that out yet? No? Need proof?
Look around, you’ll see that chaos theory everywhere. Especially in Wal-Mart.
Jeff Goldblum imitation here.

Our planet was once completely covered in Ice. And fire. And water! (in that Kevin Costner movie) Humanity has been here only a fraction of the time and we have no idea what low tide Earth would look like.

Coming soon: How to build own barometer, with a jar a balloon, a straw and a rubber band. I learned that in scouts. More later! 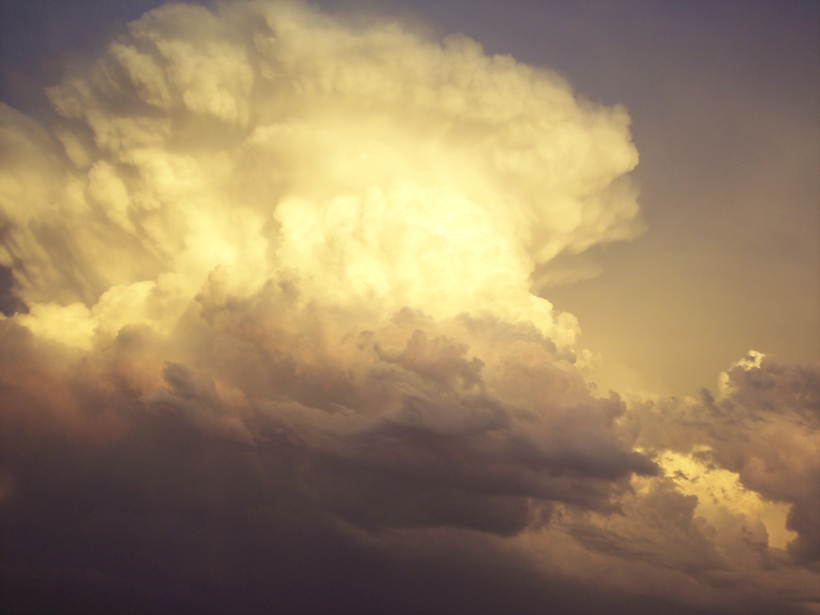 One thought on “Hurry Cane stories”